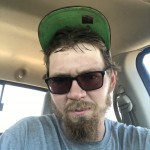 Cody Cain
2021-01-17T21:13:57-09:00
You can spread this: Direct from High - Up Military: According to the latest schedule everything will be exposed some time between Sunday afternoon and Monday night. The timer has been set for those two particular days. During that time the EBS (Emergency Broadcast System) will be activated. President Trump will send out a message, My fellow Americans the storm is upon us. There will be 7 presidential text messages sent from him via Air Force One following the message The Storm is Upon Us. That puts us under full global martial law. Via the EBS, on authorized devices there will be an 8 hour video played 3 times a day for 10 days straight with video confessions of high profile elite individuals being exposed for their crimes against humanity at their military tribunals. While the movie is being played 500,000 plus people will be taken down worldwide. This repeating movie will be extremely painful for most of us because it involves people we thought we could trust committing unthinkable crimes. We understand that no one will be allowed to leave their residence until completion. During this moment in history we will transition to Gesara/Nesara. There will be a full rewiring of planet earth. It is our understanding that media and internet will be shut down. This is not a transition from President Trump to Biden. It is a transition that President Trump in conjunction with the military have composed restoring things back to the we the people. Now you know why General Flynn was pardoned (key asset to this entire process). We are preparing for a brand new future where humanity is free from the constraints of former powers. There will finally be a world free of division amongst the people. Everyone must understand this is serious so please have enough food, water, batteries and necessities for the duration of ten days. It is better to be safe than sorry. You are receiving this message to give you ample time to prepare for what is coming in the next few days.

Mike Baker: Nice Q narrative. However like all other such Q narratives, it's just disinformation. Q, like Trump is just a "controlled opposition" PSYOP that's intended to get patriotic Americans to stand down just long enough for the Globalist usurpers of our nation to tighten the noose around our necks so tight that there will soon be no hope of escape. https://freedommovement.info/social/post/273
Like -
2021-01-18T11:10:21-09:00

Cody Cain: The only problem I have with this is that you reference Reuter’s as they are a reliable source. I’m not saying I think the message is real. I’m just saying that the Rothschild family has owned Reuter’s since the 1800’s so why are they a reliable source?
Like -
2021-01-18T11:21:27-09:00

Mike Baker: Actually, I reference Swiss Policy Research, not Reuters. I have always believed that Q is controlled opposition, and I state my own reason for believing so, which are NOT dependent on anything ANYONE else has to say, including Reuters, or anyone else. The SPR article merely reinforces my beliefs. So, if you have any challenge to my assertions, don't point to a reference made by an article that I point to as evidence of how I am wrong. Point to what I say, and challenge my statements. I can provide lots of evidence that supports my conclusions.
Like -
2021-01-18T13:19:07-09:00
Post
About
Lives in: Fairbanks , Alaska
Gender: Male
Friends: 6 people
Events