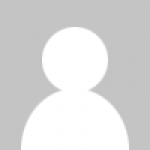 Ed Asbury shared Mike Baker's message.
2021-01-30T16:30:07-09:00
This is the story of your enslavement. How it came to be and how you can finally be free. Like all animals, human beings want to dominate and exploit the resources around them.

At first, we mostly hunted and fished, and lived off the land. But then, something magical and terrible happened to our minds. We became, alone among the animals, afraid of death and of future loss.

This was the start of a great tragedy, and an even greater possibility for those who wish to enslave us. You see, when we become afraid of death of injury and imprisonment we become controllable and malleable in a way that no other resource ever could be.

The architects of this giant, worldwide COVID-19 PSYOP and Globalist takeover operation understood this psychological phenomena all too well, and they leveraging it against us right now.

If humanity doesn't doesn't get off it's knees, throw the stupid masks in the trash, and start pushing back against this giant, worldwide PSYOP and Globalist takeover operation soon, then we'll all soon be living under the jackboot of a social system called neo-feudalism, from which there will be no escape.