So, just like the Epoch Times Newspaper reported in their great documentary, which I posted here in December, 2020, Trump actually won Michigan, if you just look at that one issue alone, and that does not even take into account all of the other fraud that has been revealed there in Michigan, and other states, but was never investigated or reported by the mainstream propaganda media. 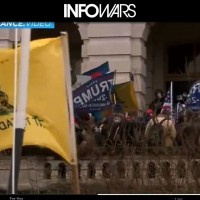 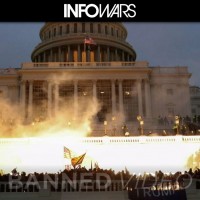 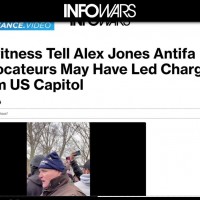 Mike Baker
2020-12-16T17:39:34-09:00
In addition to the other examples of voter fraud in the 2020 U.S. Presidential election, which I have outlined in previous posts, here is yet more evidence to stack upon the mountain of other evidence that never seems to stop growing.

Smartmatic is a voting software was developed in Venezuela under the Communist dictatorship of Hugo Chavez. This software features a built-in functionality that permits precinct administrators to override security features that are built into the software. Among the extraordinary privileges it gives administrators are the ability to:

- shave votes continuously from one candidate to another;

- batch ballots for later "adjudication" but which instead became a pool of votes that the administrator could simply assign to the candidate of choice;

Through a series of licensing agreements, bankruptcies, and corporate mergers and acquisitions, that code ended up in various U.S. election systems (e.g., Dominion, ESS) which (branding aside) still derive from Smartmatic (a.k.a. Sequoia). Thus, they brought to U.S. elections not only the generous functionalities permitting manipulation by administrators, but porous security, extending such powers to those who are not even present in our country.

Since 2006, the fact that systems developed for Hugo Chavez were currently managing any U.S. elections began striking some prescient Americans as reprehensible. Their trepidation was well-placed: on November 3, 2020 those systems were used strategically and aggressively to rig our recent Presidential election.

It was strategic in that it was not "widespread" [as the mainstream propaganda media keeps parroting, in its effort to qualify the word "fraud"] but specifically targeted at six key locations which, if flipped, also would flip the swing states in which those voting areas are found (and thus, the electoral college);

It was aggressive for the simple reason that Trump's [widespread] popularity actually broke their algorithm, because he was on his way to a win, and that exceeded their ability to overcome through minor cheats alone. It is for that reason that in those six locations the bad guys went full-on-goon (e.g., thugs intimidating observers, newspapers taped over windows, "water main breaks" shutting down counting then immediately reopened once Republican observers had departed, etc.)

Affidavits describing voters' and workers' experiences that match exactly what they would experience in precincts that were being gooned;

Data, such as that below, expressing outrageous statistical oddities (e.g., strings of thousands of sequential Biden votes that occur with quadrillion-to-1 improbability, ballot processing velocity spikes that were physically impossible given available site equipment) that coincide with windows of intense intimidation of and interference with those observing the voting and counting.

My conclusion: Election 2020 is an egg that can't be unscrambled.

By way of example:

Dominions machines have glaring design flaws making them vulnerable to hacking. The machines have a slot on their motherboards that should be sealed with glue, but instead is left open: anyone with physical access to the machines can slide in the right chip for a few seconds, and that machine is thereafter completely compromised. In addition, there are R232 ports which would allow someone who accesses that port to connect and get root-level access to the machine [without a password].

Dominion uses Solarwinds network software. On December 13, the U.S. government pulled Solarwinds off all federal networks due to its massive security vulnerabilities.

Dominion's servers are widely infected with QSnatch malware (see "CISA says 62,000 QNAP NAS devices have been infected with the QSnatch malware," ZDNet, July 27, 2020). As poll-workers (e.g., administrators) log-in, QSnatch steals their credentials. Thus not only can administrators override (with no audit trail) election security in a precinct, so can anyone who steals those credentials, even hackers in foreign countries, (which, given the ubiquity of QSnatch on Dominion servers, is probably happening everywhere). Dominion sends out software patches that continuously [or deliberately?) allow QSnatch to beat their patches.

"The federal government is investigating the takeover last year of a leading American manufacturer of electronic voting systems by a small software company that has been linked to the leftist Venezuelan government of President Hugo Chávez. The inquiry is focusing on the Venezuelan owners of the software company, the Smartmatic Corporation, and is trying to determine whether the government in Caracas has any control or influence over the firm’s operations..."

In 2008, VoterAction (an activist group based in Massachusetts and Washington State) issued a public report ("SEQUOIA VOTING SYSTEMS, INC. USES VOTE-COUNTING SOFTWARE DEVELOPED, OWNED, AND LICENSED BY FOREIGN-OWNED SMARTMATIC, A COMPANY LINKED TO THE VENEZUELAN GOVERNMENT OF HUGO CHÁVEZ") where they noted:

"U.S. national security is potentially at risk because software used to count votes in 20% of the country during U.S. elections is owned and controlled by a Venezuelan-run company with ties to the Venezuelan government of Hugo Chávez.

"U.S. national security is potentially at risk because software used to count votes in 20% of the country during U.S. elections is owned and controlled by a Venezuelan-run company with ties to the Venezuelan government of Hugo Chávez, which has been described as ‘the foremost meddler in foreign elections in the Western hemisphere. Foreign-owned and foreign-run Smartmatic's control over vote counting software used in the voting machines of Sequoia Voting Systems... presents a potential national security risk now just as it did in 2006 when the U.S. Committee on Foreign Investment in the United States ("CFIUS") opened an investigation of Smartmatic's ownership of Sequoia. CFIUS is a U.S. government inter-agency committee led by the U.S. Department of Treasury that addresses national security risks posed by foreign ownership of or influence over U.S. business, including companies providing the means by which voters in the U.S. elect their President and Congressional Representatives. Rather than answer to CFIUS regarding the ultimate owners of the Smartmatic conglomerate and its ties to the Chávez government, an investment group led by Sequoia management reportedly bought Sequoia from Smartmatic in late 2007 under terms that were not made public. Since then, however, it has come to light that Smartmatic continues to own the software that counts the votes on Sequoia voting machines and licenses to Sequoia that software, which Smartmatic develops in Venezuela. Concern, now, is that Smartmatic's sale of Sequoia "was fraudulent, a sham transaction designed to fool regulators." Efforts to date have not succeeded in determining the ultimate owners of Smartmatic or the extent to which Smartmatic and the Chávez government of Venezuela have influence over U.S. elections through Smartmatic's control of the software that counts votes for Sequoia voting machines..."

See also this 2015 Philippines TV interview where Smartmatic’s chairman Mark Malloch-Brown (who, oddly enough, also serves as Vice-Chairman of George Soros’s investment fund and Open Society Institute) initially danced around such Venezuelan connections (note his oh-so-careful parsing of words in this regard) before eventually acknowledging a licensing arrangement between Dominion and Smartmartic.

Due to my impatience waiting for these facts to bubble up through legal proceedings, and due to the extraordinary nature of the circumstances, I felt it was appropriate to create on article and get it live as soon as possible in order to make the Big Picture available to the public, then add charts and links and other evidence as time and opportunity allowed.

By way of example: Sharpie/Bic switcheroos experienced in Maricopa County, AZ precincts reflect a wish to generate a large pool of "adjudicated ballots" for administrators, who could drag-and-drop them later to Candidate Biden.

Evidence of penetration of election By China, Iran, and Russia:

Download this fine, heavily-documented affidavit from a Military intelligence analyst concerning Chinese, Iranian, and Russian penetration of Dominion Voting during the Presidential Election: 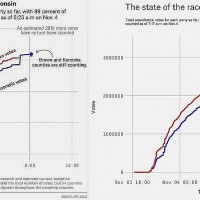 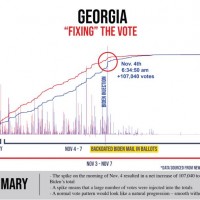 Mike Baker
2020-11-20T07:11:58-09:00
In this video, you get to watch the fake news media get slaughtered by Rudolph Guliani and his associates, who are fighting what has been the greatest election fraud in U.S. History, if not world history.