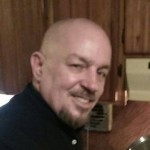 Mike Baker
2021-12-05T10:26:18-09:00
While Gain-of-function (GOF) virus research is rationalized by mad scientists such as Dr. Anthony Fauci (NAIAD), Francis Collins (NIH), Ralph Baric (UNC-Chapel Hill) who were all involved in the development of the SARS-CoV-2 virus, as being "worth the risk," it is actually prohibited by the Biological and Toxin Weapons Convention (BTWC) of 1975, [7] which our nation is a signatory. Why? Because GOF research poses a huge, unacceptable risk to humanity. After all, what would happen if a deadly, genetically-engineered virus that was designed in a lab which was incredibly contagious, somehow escaped from that lab? It could wreak havoc on all of humanity. A

s you will learn from this Investigative Report, that's exactly what happened in 2019, when SARS-CoV-2 somehow escaped the lab in Wuhan, China where it was unlawfully being developed on behalf of Anthony Fauci's NAIAD, by and through its subcontractor, EcoHealth Alliance.

The original gain-of-function research goes back ten years, with an European study [2] that involved ferrets. The researchers wanted to see if coronaviruses could be genetically manipulated so they could be transferred through the air. After demonstrating airborne transmission with ferrets, the researchers wanted to replicate contagion in humans. This opened up an entirely new, controversial science that involved manipulation in the genetic code of viruses.

It was Dr. Fauci and the NIAID who funded the first ferret study. Ten years ago, Fauci co-wrote an op-ed in the Washington Post praising the research as "a risk worth taking." He wrote, "Important information and insight can come from generating a potentially dangerous virus in the laboratory…"

The Wuhan virologists found that they could force an influenza virus to mutate and spread via aerosol droplets by injecting the virus from one ferret to another. By engineering the most lethal viruses in a laboratory setting, researchers believed they could better understand how to invent treatments and vaccines in the case of a real outbreak.

The Obama Administration put a halt on gain-of-function virology research in 2014, for fear of viruses leaking from the laboratory. This opened up an opportunity for Dr. Anthony Fauci to subcontract gain-of-function research on coronaviruses. Fauci concealed ongoing research through New York's EcoHealth Alliance. Dr. Fauci funded a project there to learn about the risk of new coronaviruses, and how they could emerge from wild animals to rapidly infect humans.

Dr. Fauci used the cover of EcoHealth Alliance to subcontract the research to China's Wuhan Institute of Virology. In order to continue receiving money, the head of the Wuhan lab, Dr. Shi Zhengli, [3] reported back to Fauci on the progress they were making on coronaviruses.

Fauci commissioned EcoHealth to find out what viruses could infect both animals and humans, [4] using experimental genetic studies and virus infection experiments across a range of cell cultures from different species and humanized mice. Fauci commissioned and funded Peter Daszak, the zoologist who first discovered the bat origin of SARS ten years ago. Daszak off-shored a key part of the research to the Wuhan Institute of Virology under lab director , who was responsible for collecting bat samples.

Fauci ordered the institute to collect several samples of bat feces in caves. After isolating several coronaviruses from the bat feces, the Chinese virologists analyzed and sequenced their genetic information. Finally, they built genetically engineered viruses, or chimeras, and they went on to infect human cells, showing how the man-made viruses replicated. [5] These genetic changes unlocked a unique doorway that allowed the virus to infect human cells with ease. The virus is known to attach to human cells ten to twenty times tighter than the first SARS virus.

"Until now, the only reporting of Dr. Fauci's role in all of this has been his funding of the Wuhan lab in general," said Steve Hilton, Fox News journalist. "But tonight we can go further thanks to this paper. [6] We can see the specific activity that Dr. Fauci funded and it is terrifying — so terrifying that after we reached out to NIH this paper was mysteriously taken off-line on Friday for a while. But we downloaded it weeks ago." Hilton is calling on Fauci to step down from his role as chief science advisor to the Biden administration until Americans can learn more about Fauci's role in the COVID-19 pandemic. Fauci must be held to account for off-shoring and guiding unethical, banned gain-of-function virus research.

Mike Baker
2021-12-03T10:49:35-09:00
One of the most famous studies of obedience in psychology was carried out by Stanley Milgram, a psychologist at Yale University. He conducted an experiment focusing on the conflict between obedience to authority and personal conscience. Milgram (1963) examined justifications for acts of genocide offered by those accused at the World War II, Nuremberg War Criminal trials. Their defense often was based on \"obedience\" - that they were just following orders from their superiors. Ordinary people are likely to follow orders given by an authority figure, even to the extent of killing an innocent human being. Obedience to authority is ingrained in us all from the way we are brought up. People tend to obey orders from other people if they recognize their authority as morally right and/or legally based. This response to legitimate authority is learned in a variety of situations, for example in the family, school, and workplace.

Mike Baker
2021-12-03T08:34:52-09:00
One of the saddest lessons of history is that when people have been lied to long enough by those who they have been taught to trust, they tend to reject any evidence of those lies. They get to where they're no longer interested in finding the truth. The lies have captured them. Eventually, it becomes too painful for them to acknowledge, even to themselves, that they've been so gullible and so naive. Sure. Finding the occasional straw of truth that's awash in an ocean of lies and confusion does require vigilance, dedication, and courage. But, if each and every one of us here in America doesn't start practicing those tough habits of thought soon, we'll never be able to solve the serious problems that face our country, and we'll continue being a nation of suckers who are lorded over by a bunch of criminals and psychopaths.
Like - Comment - Share
Post

Mike Baker
2021-12-02T10:21:08-09:00
Dr. Shankara Chetty, M.D., a prominent South African family doctor says that the goal of the mass "vaccination" program is to "control and kill off a large proportion of our population without anyone suspecting that we were poisoned." Dr. Chetty explained that the dying process provoked by the injections was designed in such a way as to be untraceable. People will start to get sick from this or that, and the symptoms will be so wide ranging that it will be difficult to definitively peg them on the shots. "The deaths that are meant to follow the vaccinations will never be able to be pinned on the poison," he said. "They will be too diverse, there will be too many, and they will be in too broad a timeframe for us to understand that we have been poisoned."

Mike Baker
2021-12-01T15:39:30-09:00
It's remarkable that we are allowing our entire world to be overturned over a man-made virus that 99.97% of the people who even become sickened by it fully recover from after experiencing only a few days of flu-like symptoms. Meanwhile, 4 million people die worldwide each year from obesity-related conditions, and 1.6 million die from diabetes itself. Yep. Sugar and poor nutrition is a far greater threat to human health than SARS-CoV-2. In fact, about 20 million die each year from starvation. And now that number has increased to 50 million due to this COVID-19 PSYOP. Why aren't the power elite who were the architects of this Mother of All Crimes Against Humanity not declaring a war on these types of deaths, but instead, overthrowing civilization itself ostensibly to protect us from a mild-moderate flu-like illness? I think you know why. They are criminal psychopaths and eugenicists, obviously. A Nuremberg 2.0 Tribunal must be convened.
Hunger Crises Caused More Deaths than Coronavirus in 2020
Famine and hunger crises will kill more people in 2021 than the Coronavirus pandemic according to the a report of the anti-poverty NGO Oxfam.
greekreporter.com
Like - Comment - Share
Post
Load More
About
Lives in: Chugiak, Alaska
Gender: Male
Friends: 26 people
Events